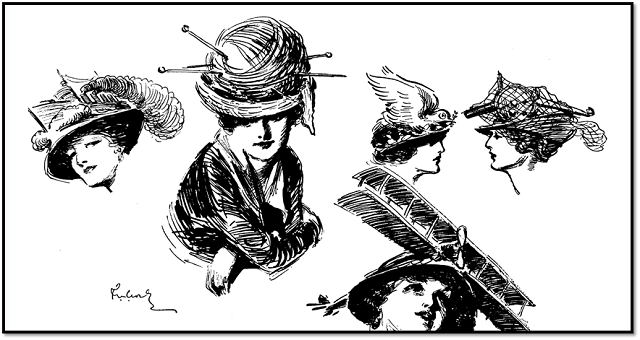 Transcription: [Left to Right] Beautiful catch! A fielder can paint a baseball on the inside of his glove to deceive the umpire in case he misses a fly. A Player with a grudge against an umpire can relieve his feelings by impersonating one of the ads along the fence. I have a strange feeling in my head -- I guess I've been smoking too much. A little deception to catch a man when he's trying to steal a base. That's quite an idea to have trees on the ball field -- maybe I can pick an apple or a banana while waiting on base. A base-runner can easily disguise himself as a puff of smoke -- ad take his time going from first to second. For variety's sake I'll go to the next game as a ham sandwich. If a man is willing to act the part of a bag of peanuts he can see the game for nothing. I'd love to fight in freedom's cause, I must remain and take a bow -- but when I hear the crowd's applause. The season's nearly over now.