Accurate mass determinations for Cepheids may be used to determine the degree of excess mixing in the interiors of their main-sequence progenitors : the larger the excess mixing, the larger the luminosity of the Cepheid of a given mass, or the smaller the mass of a Cepheid with given luminosity. Dynamical masses determined recently for a few Cepheid binaries indicate excess mixing somewhat stronger than that corresponding to the convective overshoot models by Schaller et al. Beat Cepheids can be used similarly to test main-sequence mixing in stellar interiors. The period ratios for beat Cepheids depend on luminosity, heavy element abundance, and mass. By comparing pulsational models and the obser- T eff, vationally derived luminosity, metallicities, and period ratios it is possible to obtain masses for these T eff, stars, the so-called beat masses. With the old opacities masses much smaller than the evolutionary masses were obtained. With the new OPAL opacities a beat mass close to the dynamical mass was obtained for the binary beat Cepheid Y Carinae, showing that it is now possible to obtain reliable beat masses. In this paper, we determine beat masses for seven Galactic beat Cepheids for which photometric and spectroscopic data are available. We Ðnd an average mass around 4.2 ^ 0.3 for these stars, M_ though the actual error limits for each star may be larger mainly because of uncertainties in E(B[V ) and the heavy element abundances. (As derived spectroscopically, beat Cepheids are in general metalpoor, with The relation between the derived beat masses and the luminosities [0.4[[Fe/H][ 0.0). again indicates excess mixing that is somewhat larger than that corresponding to the models by Schaller et al.

Department of Earth and Environmental Sciences 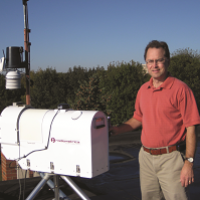 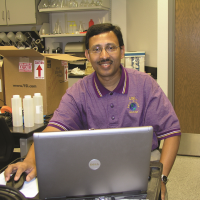 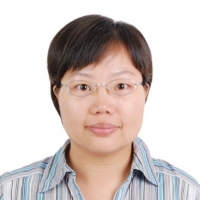