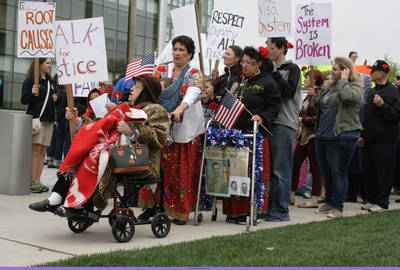 The Postville Project; University of Northern Iowa and Luther College

A collection of photographs created by Araceli Castañeda documenting the commemorative events of the five year anniversary of the Postville Raid. The events took place in Cedar Rapids on May 10, 2013, and included a Remembrance Ritual in front of the Federal Court House, a Walk for Justice from the Court House to Immaculate Conception Church, and a service of Interfaith Prayer for Reconciliation and Call for Reform.